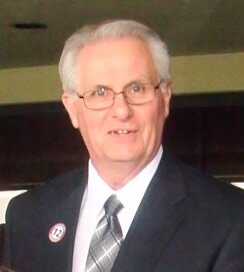 He was proceeded in death by a daughter Linda Daulton, brother Del Jones and his father.

Bob obtained his degree in Ministry from Boyce Bible College (Louisville, KY) in 1978. In his 20-year career he pastored three churches: Elizabeth Chapel Baptist (Smithville, TN), Faith Baptist (Loretto, TN) and Eubank Baptist (Eubank, KY). After leaving the ministry and a brief stint as a small business owner, Bob continued his care for others by being a leader in the wheelchair provider community, where he was regarded as one of the most caring and innovative practitioners in his field for the next 20 years.

His family and friends will celebrate his life at Clark Legacy Center in Brandon Crossing on Sunday, Jan 8 from 2:00-4:00 with a time of sharing beginning at 4:00.  Feel free to wear your favorite music, concert, or tie-dyed shirt.  In lieu of flowers the family has requested donations be made to Shriners Hospital or the Ronald McDonald House.

To send flowers to the family or plant a tree in memory of Robert "Bob" Jones, please visit Tribute Store
Sunday
8
January

Gathering of family and friends