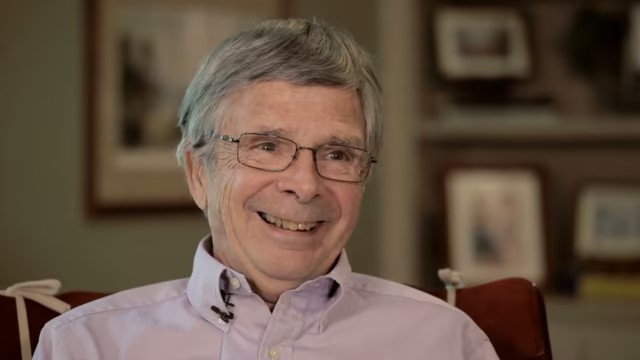 Husband of Dorothy “Dottie” Leathers, died at his home in Lexington, KY on November 30, 2022. He was Professor of History Emeritus of the University of Kentucky.

George was born May 23, 1936, in Blacksburg, VA., the son of George C. Herring, Sr. and Gordon Saunders Herring. He received his early education in the Blacksburg public schools and his B.A. degree (1957) in history from Roanoke College. After serving in the U.S. Navy for two years, he began his graduate studies in history at the University of Virginia where he received his M.A. (1962) and Ph.D. (1965). One of his favorite memories was returning to Roanoke College in May 2011 as the commencement speaker and recipient of an honorary degree.

He began his teaching career at Ohio University in 1965 before joining the faculty at the University of Kentucky in 1969 where he taught history until his retirement in 2005. He was a visiting professor at the University of Otago in New Zealand, the U.S. Military Academy at West Point, and the University of Richmond. His teaching specialty was the history of U.S. Foreign Relations. Among his graduate students, he was known as “The Chief.” He took enormous pride in his students’ accomplishments as scholars and teachers and especially in what good people they were.

George was dedicated to serving his department, the University, and his community. He served three terms as chair of the Department of History and in 2005 served as Acting Director of the Patterson School of Diplomacy and International Commerce. He was Editor of Diplomatic History, was a member of the Department of the Army Historical Advisory Committee and President, Society for Historians of American Foreign Relations. He also served on the boards of the Henry Clay Memorial Foundation, the Kentucky Humanities Council, and the UK Library Associates.

He authored or edited eight books and numerous articles including Aid to Russia, 1941-1946: Strategy, Diplomacy, the Origins of the Cold War; LBJ and Vietnam: A Different Kind of War; America's Longest War: The United States and Vietnam, 1950–1975; and From Colony to Superpower’s. Foreign Relations Since 1776, a finalist for the National Book Critics Circle Award in 2009. The book also received the 2008 Robert Ferrell Award given by the Society for Historians of American Foreign Relations for the best book in the field.

George gave lectures on the Vietnam War and other foreign policy topics across the United States and internationally. He received fellowships from the National Endowment of the Humanities and the Guggenheim and Rockefeller foundations. He received the University of Kentucky Alumni Association Great Teacher Award, the Sturgill Award for Excellence in Graduate Education and in 2014 he was named to the College of Arts and Sciences Hall of Fame. In 2010 George was awarded the UK Libraries Medallion for Intellectual Achievement which recognizes high intellectual achievement while encouraging education and promoting creativity throughout the Commonwealth. He was elected to The Society of American Historians, an honorary organization created to encourage literary distinction in the writing of history.

His scholarly work took him throughout the world where he had conversations with people who made the history he studied. He walked the battlefield at Dien Bien Phu in Vietnam, toured the Kremlin, and sat at the table at Yalta where FDR, Churchill, and Stalin met in 1945. He was

consultant and co-developer for Long Road Back: Vietnam Remembered, a 1985 documentary featuring oral history interviews with Kentuckians who served in that war.

George married Dottie, his co-worker and friend of 27 years on August 7, 1995, in Maui. They enjoyed traveling but most of all Dottie and George just enjoyed each other’s company.

He loved participating in sports from high school to playing softball in the Navy and for the UK History Department team. George played tennis for twenty years as a charter member on the Boone Seminar, a doubles tennis group with UK Patterson School colleagues. Into his eighty’s, he played singles regularly with good friend, Dr. Jim Gay. He also found immense joy watching and encouraging his children and grandchildren to play various sports. They were the apples of his eye and brought him immense joy.

The family would like to thank Dr. Susan Liddle, her staff and the nurses at the Markey Cancer Center, the Home Health Care team, our children, and grandchildren, as well as our many friends.

Memorial contributions may be made to the endowed fund named for Dr. Herring in the Department of History at the University of Kentucky. Checks should be made payable to the University of Kentucky with the name of the fund, the Dorothy Leathers and George C. Herring Graduate Fellowship Fund, written in the check memo field. You can mail your check to UK Philanthropy, PO Box 23552, Lexington, KY 40523. Online gifts can be made to this fund at www.as.uky.edu/give by typing “Leathers/Herring Fund” in the search bar. You may also direct gifts to the UK Markey Cancer Center, 800 Rose Street, Lexington, KY 40536, or Bluegrass Care Navigators, 1733 Harrodsburg Road, Lexington, KY 40504.

A celebration of his life will be held at a later date.