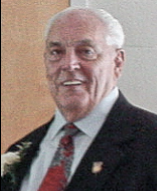 Thomas Ray Pilling, age 87, of Frankfort, Kentucky, passed away peacefully on August 6th, 2022, at Morning Pointe Assisted Living with his wife and children by his side.

He is survived by his second wife of 12 years, Margaret Downs, his sister Virginia, his two children; Thomas Randolph “Randy” Pilling and wife Marisol, Susan Lynn Preston and husband Phillip as well as four grandchildren and eight great grandchildren. Tom was born in Beaumont, Texas on November 27, 1934, second eldest son to Charles and Evelyn (Barbour) Pilling

He is preceded in death by his parents, his brother Charles, his wife Idell (Cooper) Pilling and his step son, Harold A. Markey.

Tom proudly served three years during the Korean War in the 82nd Airborne Division, Fort Bragg, North Carolina. Following military service, he later graduated from Lamar State College of Technology in Beaumont, Texas under the GI Bill with a degree in Civil Engineering. He joined the U.S. Bureau of Public Roads in 1959, which later became the Federal Highway Administration. During his distinguished 39-year career he worked in numerous assignments around the United States where he helped survey, design, plan and construct interstate highways and bridges and assist in disaster relief operations until his retirement as a District Engineer at the Frankfort, Kentucky office in 1998.

Tom was a long-time member of the Church of the Ascension in Frankfort. He donated his brain to the University of Kentucky Sanders-Brown Center on Aging in hopes of helping to find medical treatments for future generations. In lieu of flowers, expressions of sympathy may be made in his name to the Fisher Center for Alzheimer’s Research Foundation.

Visitation will be from 3:00 pm to 6:00 pm on August 11th at the Clark Legacy Funeral Home. The graveside service and burial will be 10:00 am Friday, August 12th at the Sunset Memorial Gardens Cemetery chapel.