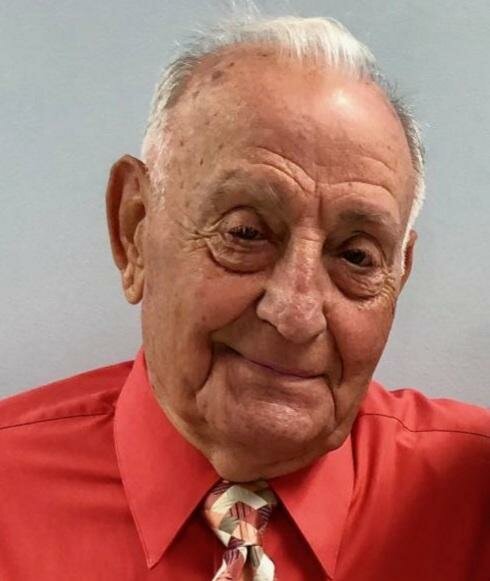 Fred Newton, 93, husband of Nila Miller Newton, passed away Thursday, June 2, 2022. He was born in Perry County, Kentucky to the late Robert and Mary Lynch Newton on June 1, 1929. Mr. Newton retired from IBM and was a veteran of the United States Air Force having served in the Korean War. He was a member of Versailles Baptist Church. In addition to his wife, he is survived by his children, Jennifer Newton Goforth, Versailles, Mary Newton Clark, Versailles and Mark (Stacey) Newton, Lawrenceburg; his brothers, Harold (Nancy) Newton, Bobby (Teresa) Newton and Leon Newton; grandchildren, Missy Brown, Matthew Newton, R.C. Newton, Jared Clark, Rebecca Goforth, Michael Newton and Nathan Goforth; and 9 great grandchildren. In addition to his parents, he was preceded in death by his son, David Newton.

Funeral Service will be 3:00 PM Sunday, June 5, 2022 at Clark Funeral Home, Rose Hill. Visitation will be from 2:00 PM until the time of service. In lieu of flowers, memorial contributions may made to Hospice of the Bluegrass.

To send flowers to the family or plant a tree in memory of Fred Newton, please visit Tribute Store
Sunday
5
June