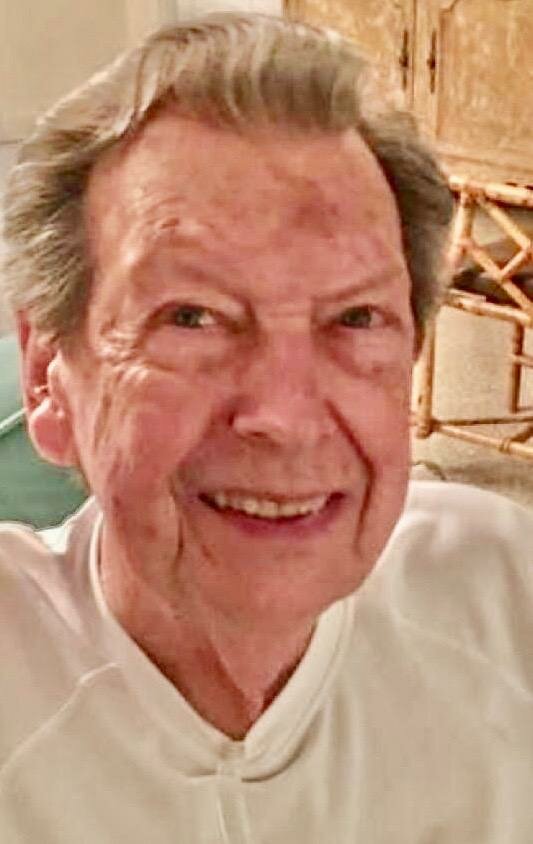 Dr. Gordon W. Shaw, husband of the late Jean Shaw, died at home on 25 May 2022. His death followed that of Jean’s by just twenty-six days. They were married seventy three years. Gordon was born 31 December 1925, to the late J.W. Shaw and Henrietta Schuh in Ft. Thomas, Kentucky. Gordon was the first optometrist in Versailles, beginning his Versailles practice in the early fifties. During World War II, he volunteered and served in the Army Air Corp until the war’s end. As an optometrist, he volunteered his time evaluating student’s vision and supplying glasses for indigent children in cooperation with the Lion’s Club. In addition, Gordon volunteered his services to children residing at the Methodist Home He was a Rotarian and for many years an active member of the Versailles Methodist Church. Gordon also served many years as Deputy Coroner to Coroner Dorsey Clark. He is survived by his daughter Hope (Glen) Brovont, Versailles; his son Gordie (Erin) Shaw, Versailles; grandchildren: Sarah Lemay, Catherine Dodge, Bethanne Gardner, and Brandy Brovont; and his nieces Kay Drahmann Acker and Susan Drahmann Tarvin, Ft. Thomas, Kentucky. The family extends their deep appreciation for the support of wonderful friends and requests, in lieu of flowers, donations to the Woodford County Humane Society or Hospice. Private Services will be held. Clark Funeral Home, Rose Hill is in charge of arrangements.

To send flowers to the family or plant a tree in memory of Dr. Gordon Shaw, please visit Tribute Store