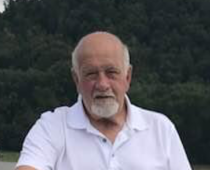 Gary Lee Gibson, 74, husband of Patsy Clark Gibson died on Monday, May 9, 2022 in Lexington, KY.  Gary was born on August 5, 1947 in Lackey, KY to the late Ernest and Mildred Gibson.  He was a devout Christian, was a veteran of the U.S. Army and was a purple heart recipient and was a federal mine inspector for the Department of Labor.  Other than his wife Patsy he is survived by his son, Gary Lee (Heather) Gibson; two daughters, Kristi Stephens and Kristy Lee Gibson; eight grandchildren, Devin Dougharty, Darren Dougharty, Ainsley Stephens, Landen Stephens, Madison Ratliff, Delaney Skaggs, Kymber Gibson and Caleb Gibson; one great-grandchild, Wiley Skaggs; one brother, Jerry “Ebo” Gibson.  He was preceded in death by two brothers, Tommy and Michael Gibson.  A graveside service will be at 1:30pm Friday, May 13, 2022 at Camp Nelson National Cemetery.  In lieu of flowers memorial donations may be made to Lighthouse Baptist Church Building Fund, 105 Shun Pike, Nicholasville, KY 40356.