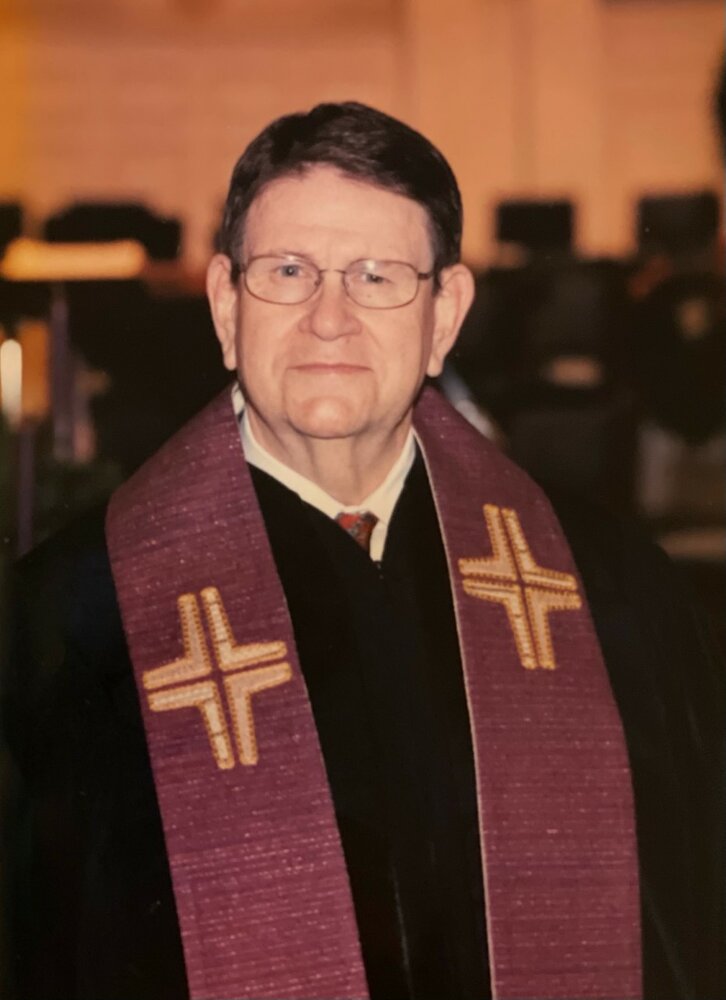 Raymond H. Bailey came from a world of poverty and a home riddled with dysfunction. With the help and support of educators and ministers he grew to be a masterful preacher, teacher, and author. However, if you asked him about his greatest accomplishment, he would, without hesitation, say it was his family. He was sustained for 59 years through the mutual love of his wife, though they were told they would never make it. He was quick to share the accomplishments of his daughters, Hollie and Sarah, to anyone that would listen. His grandchildren Abbie, Bailey, Jack, Yulie, and Olivia were his pride and joy.

Raymond was born in Athens, TX to Ada Ann and R.G. Bailey.  He was close to his mother and his love of stories and drama was fostered during their time listening to radio mysteries like the Shadow, and westerns like the Lone Ranger. His education was nurtured by beloved teachers who remained life long friends. He spoke fondly of his first grade teacher Miss Boli who introduced him to drama. His beloved high school teacher, Miss Edelman, entered him into contest plays where he earned awards and experienced his first taste of success. Not only does he credit these teachers and numerous others with encouraging his love of learning and drama, but also with helping him understand morals, ethics and compassion.

As a young man, Raymond could have been swayed by the racism that was rampant in his immediate family and his community.  Fortunately, his family poverty forced him into the workforce at an early age and it was there where he made lasting relationships with customers from all walks of life.  He came to understand that diversity was something to be celebrated.  Raymond worked at Sears, as a radio DJ, an actor, a teacher, a child welfare worker, coach and minister before he responded to God’s calling into ministry.  He applied and was accepted to Baylor University and it was there that he was introduced to a whole new world. He came in contact with outstanding thinkers who challenged and inspired him. He had always loved the Theatre and came to believe that God’s revelation often came through theatrical performance.  He found his home in Baylor’s drama department.

Travel provided the opportunity to learn through sight, sound, and experience. He was fortunate to travel several countries to preach and teach including the School of Preachers in England, a lecture series in Korea, and a Sabbatical at the University of Chicago.

Outstanding philosophers and theologians such as Eric Rust, Frank Stagg, Penrose St Amant and Glenn Hinson were most influential in his intellectual and personal development and he wanted to play that role for his students. His years teaching were some of his happiest. The two teaching experiences that held his heart were at Bellarmine University where he developed his dual interest in Drama and Theology and had the opportunity to be the first director of the Thomas Merton Study Center and at the Southern Baptist Theological Seminary where he was a Professor of Christian Preaching and founded the National Center for Christian Preaching where he served as Director for many years. His favorite part of teaching was seeing students come alive with the love of knowledge. “The first step in teaching preaching at the seminary” Bailey explained, “is to help students learn how to open the Bible and let it speak to them. Then comes the process of translating that message into images and terms everybody can understand and delivering the message in an interesting and effective manner. When students incorporate that process into their preaching, then the rewards of teaching become too rich to describe.” Bailey, “Teaching Ministers”, The Tie, 1983

In retirement, G PA, as he was lovingly referred to, spent his time enjoying movies, his grandkids sporting events, and teaching Sunday School. An avid sports fan, he spent time watching the Dallas Cowboys, UK Basketball, and all Baylor sports, but especially the Lady Bears. Raymond is survived by his wife, Patricia Bailey, daughters, Hollie (Alan) Spade, and Sarah (Nathan) Paris. Grandchildren, Bailey and Yulie Spade and Abbie and Olivia Paris, his sister Beverly Bailey of Dallas, TX, and Sir Thomas Cromwell, his faithful dog. He was preceded in death by his grandson, Jack Paris and his brother, Bobby Bailey.

“ Mourning in the face of death says that life is worthwhile and not to be taken lightly.” Bailey, Review and Expositor, Spring 83.

Friday December 3, 2021 at 2 pm will be visitation at Highland Baptist Church 1101 Cherokee Rd. Louisville, KY 40204 followed by a worship service at 3pm. Clark Legacy Center, Versailles Rd is in charge of arrangements.

In lieu of flowers, the family requests memorial donations to: #loveBIG Foundation

To send flowers to the family or plant a tree in memory of Dr. Raymond Bailey, please visit Tribute Store
Thursday
2
December