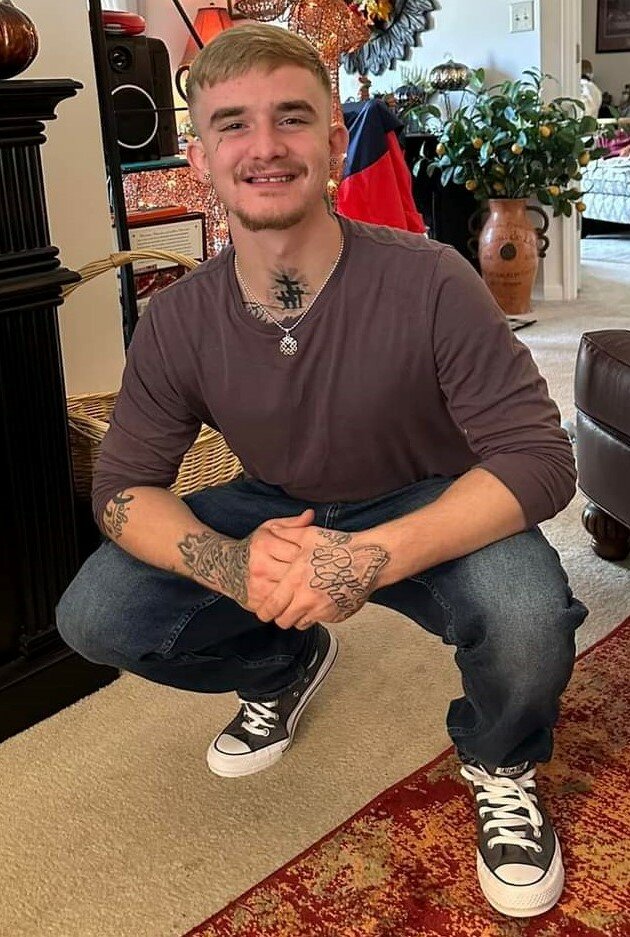 Brandon Ray Perkins, 22, passed away Monday, January 23, 2023. He was born in Lexington, Kentucky to Billy Ray Perkins II and Melissa Bromagen-Perkins on September 6, 2000. Brandon worked as a landscaper.

Brandon truly had a heart of gold and a kind soul. He was an amazing person. If you ever met Brandon, you would notice this quickly. Starting at the age of 5, Brandon showed us his strong athletic ability. There wasn’t anything he couldn’t do. He would excel in everything we put him in. A couple of times, he was on an AAU Basketball Team and a Baseball Team at the same time. At one point, he even tried gymnastics. Guess what, yep, they wanted him too. Oh, and we can’t forget about all those football games. This is where he earned the nickname “Punisher”, his size was often taken for granted on the field. Even though Brandon fought hard battles in life, this was the true Brandon, a protector of his family and friends, would do anything to help you and very smart. Brandon just wanted to be big. Even though he was small in stature, he had a mighty big heart. Brandon was a very proud father. He loved his child very much and enjoyed the times he spent with her. Even though Ellie is young, she knew who her daddy was and loved her daddy very much. Brandon was a hard worker, especially doing what he loved, a landscaper. He enjoyed the outdoors from the time he was young. Fishing, raising chickens, just being in nature. Brandon was always into something, always on the go, or just moving. It was like he couldn’t sit still, that is why he will always be my Grasshopper.