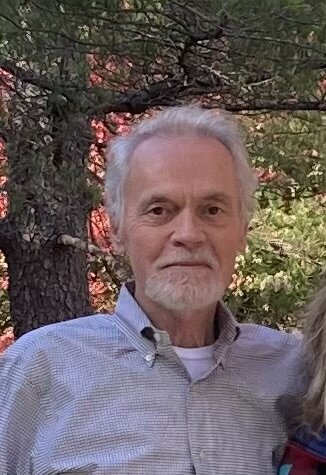 James (known as Jim to many) was born a fraternal twin at home in Bellcraft, just outside Whitesburg, KY on June 19,1946. Because of his father’s work as a coal miner, he lived in seven counties throughout Eastern Kentucky (starting and ending in Letcher). He attended eight different grade schools and four different high schools, graduating from Whitesburg High School in 1964. He then applied for admission to Alice Lloyd College, a junior college at the time, in Pippa Passes, KY where he received an AA in liberal arts. These were the two most formative years of his educational experience, leading him to choose teaching as his life-long profession. Stressing a character-based education and a strong work ethic, Alice Lloyd modeled the college’s mission on The Purpose Road Philosophy created by George Herbert Palmer, a Harvard University professor: “By an inexorable law, what we expect tends to come to us. Facing life in the right way, we must have a purpose, a goal, and a vision. Then hold the thought and work toward it. It will come as dawns the day.” James went on to receive his bachelor’s degree in English Education from the University of Kentucky and his master’s in English from Eastern Kentucky University. He taught for two years in Woodford County at Nonesuch Elementary and for twenty-five years in Fayette County at Henry Clay and Tates Creek high schools. At other points in his career, he worked as a textbook editor at Harper & Row Publishers in New York City, a technical editor at IBM, and as a reading and writing consultant at the Kentucky Department of Education. After retiring from FCPS in1998, he taught for twenty more years in the English Department and the Department of Writing, Rhetoric and Digital Studies at the University of Kentucky, devoting a total of forty-seven years to education and his love of learning. James was also an avid photographer and arts writer. His photography hangs in a number of Lexington law offices and private collections. And for the last several years, he wrote for Under Main, a digital magazine about arts and culture in Kentucky and the surrounding region. His writing focused on art reviews, gallery and museum reviews, and artist studio visits. He devoted most of his leisure time to gardening, enjoying early morning and evening walks at the arboretum, attending classical music concerts, spending quality time with friends, and sitting in his garden reading. In March 2022, he was diagnosed with terminal stage IV adenocarcinoma and because of the prognosis he received both with and without chemotherapy, he chose to not undergo treatments and to focus instead on the quality of life afforded him with the time he had left. He was 76 years old. James is survived by one sister, Rosemary Frazier (Joe), and many friends and acquaintances. Preceding him in death were his parents, Echo and Andy; three brothers, Charles (twin), John, and Andy Jr; and three sisters, Sue Stidham, Barbara Ashley,and Lynn Ball. Clark Legacy Center is in charge of cremation. There will be no funeral service, but a memorial gathering is planned on or around his birthday in June. Many thanks to those who gave him sustenance during his illness in the forms of food and friendship, and to Bluegrass Care Navigators for their care and support. In the words of Robert Frost, “Nothing gold can stay.” Donations may be made in his memory to Alice Lloyd College, Bluegrass Hospice, the Lexington Humane Society, or an organization of your choice.

To send flowers to the family or plant a tree in memory of James "Jim" Fields, please visit Tribute Store