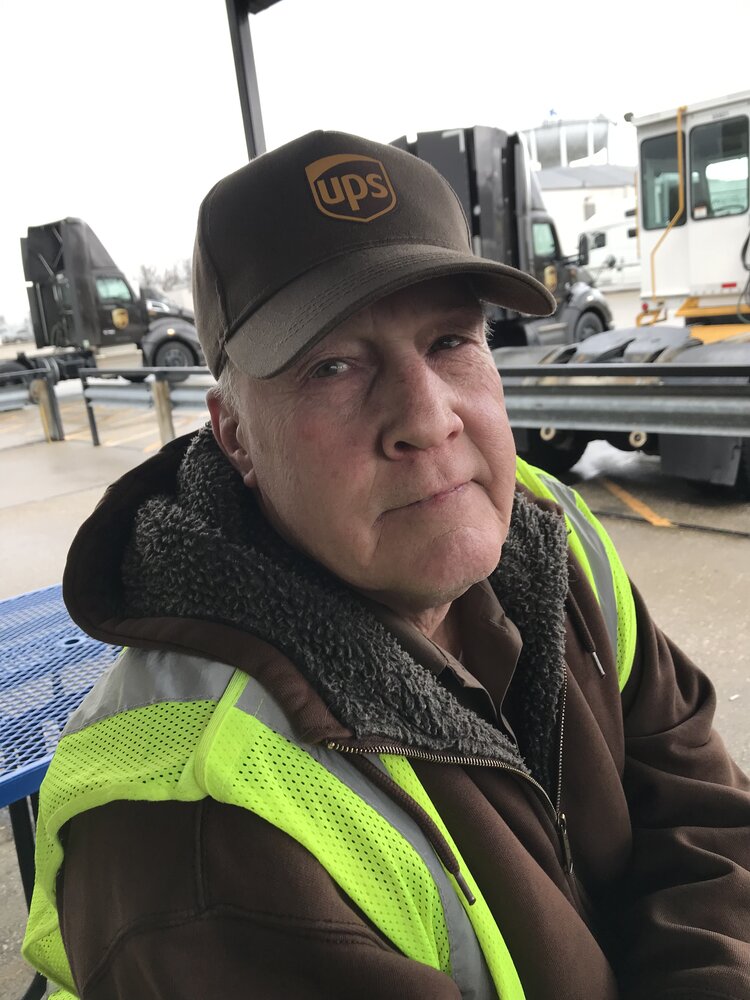 Matthew Everett Collins, 62, husband of Noelle Collins, passed away on December 27, 2022. He was born on June 17, 1960 in Glendale, Queens, New York to Carol Bailey Collins and the late Everett Joseph Collins. He was a graduate of Tates Creek Senior High School, Class of ’78, and attended Eastern Kentucky University. For 42 years, Matthew was a loyal and dedicated employee at UPS as a feeder driver. Known by most as “KA-BAR.”

Matthew proudly served our country in the United States Marine Corps (USMC) from 1981 to 1985. He received the rank of Corporal (E-4) while stationed at Camp Lejeune, NC.

He was deployed with the 2nd Battalion, 8th Marines, as part of the 24th Marine Amphibious Unit (MAU), Sixth Fleet Multinational Peacekeeping Force aboard the USS Guam (LPH-9) to Beirut, Lebanon. Matt participated in the Mediterranean Cruise and PLO Evacuation in Beirut, 1982 and Operation “Urgent Fury” Grenada, 1983-84.

He was “in theater” on October 23, 1983 during the Beirut barracks bombing. Many of the 241 Americans killed were stationed at Camp Lejeune and were his brothers. Among his awards, Matthew received a Letter of Commendation for “his performance of duties while serving as Team Leader Anti-Armor Platoon, Weapons Company, Battalion Landing Team 2/8, Landing Force Sixth Fleet 1-80 in Beirut, Lebanon from November 18, 1983 to February 26, 1984.” In addition, he received the Navy Unit Commendation (2dAwd); Sea Service Deployment Ribbon (2dAwd); Humanitarian Service Medal; Marine Corps Expeditionary Medal (Lebanon); Armed Forces Expeditionary Medal (Grenada); Combat Action Ribbon; Good Conduct Medal; and Certificate of Commendation. He was honorably discharged from 1st Battalion, 8th Marines, 2nd Marine Division, Camp Lejeune, NC on August 24, 1985. He is a fine example of a brave and loyal Marine. Semper Fi.

Matthew was a member of Beirut Veterans of America and was presented an Award of Appreciation for Outstanding and Dedicated Service, during the 20th anniversary of the Beirut Memorial Observance Ceremony in Jacksonville, North Carolina. Additionally, he belonged to the Veterans of Foreign Wars Post #680, Lexington, KY. He was responsible for acquiring a postal collection box for the local community to properly dispose of worn or tattered American flags. His wife, Noelle, painted a beautiful mural of the American flag on the side of the VFW building on Leestown Road.

Matthew was a loyal and dedicated husband, father, son, brother, uncle, nephew, cousin, and friend. He always had a great sense of humor and made people laugh. Matt was a very compassionate person with a big heart. He loved his wife and sons and was so very proud of them. You always knew where you stood with Matt as he openly shared his love for his family, friends and UPS work family.

As a young boy, he was in the cub scouts and the Indian Guides with his father and brothers. He was active in football and baseball. In high school, Matt excelled as a wrestler and performed rifles for the Tates Creek Marching Band.

Matt was an enthusiastic sports fan of the Kentucky Wildcats, Michigan Wolverines and the Detroit Tigers. He enjoyed spending time with family and friends at INDYCAR Series events, flying model airplanes and target shooting with his sons. More recently, he spent time on ATV excursions making fun memories with his family and friends. Most weekends you would find he and his wife hosting BBQ’s and swim parties while serving up his infamous steaks, ribs and baked potatoes. Many wonderful memories and new friendships were created due to their hospitality.

Matt was self-taught in photography and enjoyed taking pictures while his son’s attended West Jessamine High School. He spent endless hours designing and editing athletic photographs and taking action shots of the players and cheerleaders. Oftentimes, parents would ask him to photograph special events such as homecoming, prom and graduation. He cherished the families and all the lasting friendships that were made. It was his honor to provide memorable photographs for them to treasure.

To send flowers to the family or plant a tree in memory of Matthew Collins , please visit Tribute Store
Tuesday
3
January