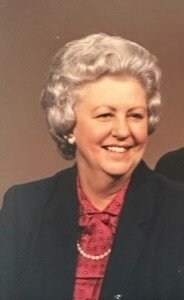 Mildred “Mickie” Jeanette Craft, 93, widow of Joseph Richard Craft, passed away on Tuesday, December 27, 2022. She was born in Charleston, WV on September 21, 1929 to the late Harry William and Mildred Sertim Heideman. Mildred was a devoted wife and mother. She was a member of the First Presbyterian Church, Volunteer for the Red Cross, and a member of the Lions Club where she received the “Melvin Jones” Award in 2000. Mildred was a clerk in the Public Bill Room for the L.R.C. She was a member of the Chamber of Commerce and served as a Secretary of the Capital City Expo from 1983 until 1987.

In addition to her husband and parents, she was preceded in death by her stepmother, Blanche Smith-Heideman; and her brother, Harry David Heideman.

Funeral Service will be held on Wednesday, January 4, 2023 at 1:00pm at Clark Legacy Center, Versailles Rd. Burial will follow at Sunset Memorial Gardens. Serving as casketbearers will be Michael Updike, Zachary Craft, Todd Mobley, Derek Craft, T.J. Lueker, Donald Hammond, III, and Maddox Hammond. Visitation will be held from 11:00am until the time of service on Wednesday, January 4, 2023 at Clark Legacy Center, Versailles Rd. In lieu of flowers, memorial contributions may be made to the Red Cross or to the Frankfort Lions Club.