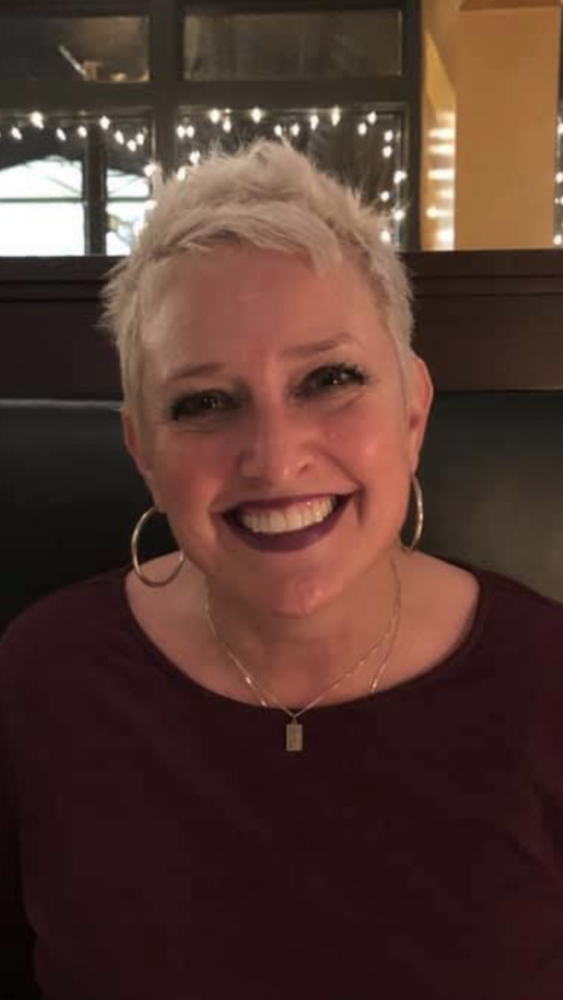 Rebecca “Becky” Bryant-Wells, beloved wife of Larry Wells, passed away suddenly December 10th. She was born to Loretta Green Bryant and the late David Reid Bryant November 17, 1970, in Lexington KY. She was a bundle of energy and laughter from the time she entered the world until the time she left it. She moved to Frankfort at the age of 7 and it became her hometown and where she made lifelong friends. She began playing the flute at age 10 and loved her school band and being a majorette at Western Hills High School. She joined Kappa Alpha Theta sorority at Eastern Kentucky University and made lifelong friends there as well. She got her degree in high school education, but her career path took her to environmental and engineering companies, the United Way, and finally to WesBanco (formerly Farmers Bank) where she worked many years.

Becky loved three things most—people, music, and animals. She found her avocation in working tirelessly to raise funds for the animals of the Lexington and Franklin County Humane Societies. She served as Secretary and constant volunteer for FCHS and even recruited family, friends, and coworkers to help at every opportunity. Becky would love nothing more than for the people that knew and loved her to donate to the Becky Bryant Wells Memorial New Shelter Fund in her memory at the FCHS 1041 Kentucky Ave, Frankfort KY 40601. Getting the new shelter built was so important to her and knowing people were helping in honor of her would make her so happy. It has also helped her family and friends to know that her passing will help the animals she cared about so deeply.