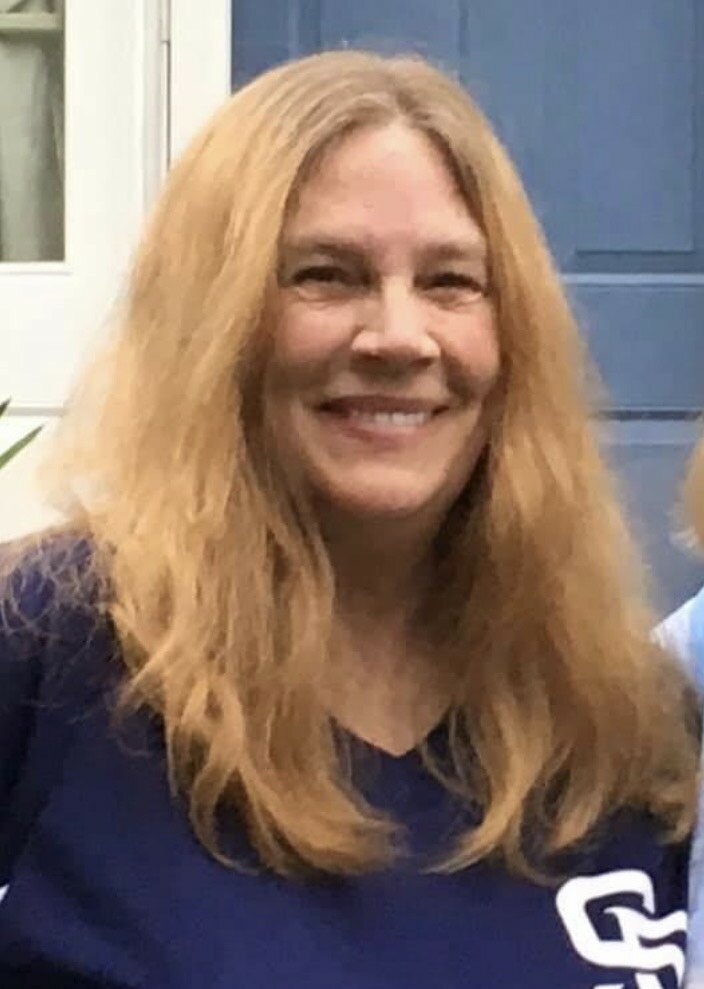 Lori Sieberts was born to Neal and Liane Bronson on July 19th, 1959 in Oakland and raised in San Diego, California with her sisters Cathy, Cindy, and brother Jim Bronson.

Lori had a very special relationship with her mom, Liane, who was the pillar of both the family and their faith.

Lori, while still young, found her husband, Steve Sieberts, in San Diego and moved to New Jersey for work where, Kyle, their son was born. After a year, the family moved to Kentucky, where now their daughter, Kelly, was born. They decided to stay in Lexington and raise a family. She worked with Steve until the kids got older and then decided to be a stay at home Mom to raise her children.

As the kids grew up, Lori was often found cutting up with her friends in the stands during high school and college baseball games and orchestra concerts. Sometimes her and her friends laughter during these game would be so loud it could be heard from across the field. This is where most of her and her closest family friends were made.

While home, she grew a large and successful online business to support her family. Eventually, she decided to set that aside to focus on family and to help her husband Steve fight his battle with cancer. She became his sole caregiver to ease his transition into passing in 2017.

The theme with Lori is she loved making people laugh and putting a smile on people’s faces. There was never a day where she didn’t put someone first before her own needs. If she saw someone having a bad day she viewed it as a challenge to help them have a better one. Towards the end of her life this rang true.

In her final days at the hospital, she was often found giving presents for Christmas to struggling single parent nurses for their kids they had at home while she herself was struggling in the hospital. While in the hospital she also wouldnt ask for help if she knew it would make the nurses' job harder.

Lori loved serving people and never expected anything in return.

She is an amazing mother to two and a loving friend to all. Lori will never be forgotten. Lori's love and compassion for everyone was so powerful even after her passing, people can still feel the love she showed them. Lori is loved by everyone she's met and will be missed dearly.

Services for Lori Sieberts will be held on January 7, 2023. Times and location will be determined at a later date.

To send flowers to the family or plant a tree in memory of Lori Sieberts, please visit Tribute Store