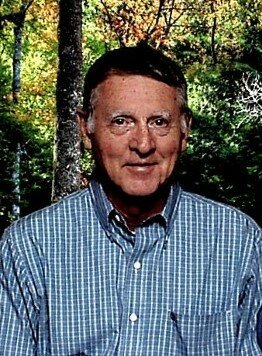 George “Glenn” Karsner, 80, passed away on December 11th, 2022. The husband of Mary Karsner, Glenn was born on July 24, 1942, to the late William Thomas and Anna Bessie Emerson Karsner in Frankfort, Kentucky. He was born in Franklin County and grew up in Woodlake, Switzer, and Bald Knob. As a Veteran of the US Air Force, he served at Thule Air Force Base (Greenland) and McConnell Air Force Base (Wichita, Kansas) during the Vietnam War. He was a member of Calvary Baptist Church for over 50 years where he served as deacon and Sunday School teacher.

Glenn attended Franklin County High School where he excelled at track and field. He attended Cumberland College on a track scholarship and graduated with a degree in education. Glenn dedicated over 25 years as an educator in Kentucky. He taught Middle School physical education before transitioning into administration, where he served as principal of Shepherdsville Junior High (Shepherdsville, KY), Elkhorn Middle School (Frankfort, KY), and Emma B. Ward Elementary School (Lawrenceburg, KY). After retiring, Glenn served as the Director of the Franklin County Council of Aging and worked at Kenvirons of Frankfort. Glenn loved gathering with friends and family at the Forks of the Elkhorn, family camping trips at Kentucky state parks and cheering on the University of Kentucky Wildcats.

In lieu of flowers, donations may be made to Calvary Baptist Church or University of the Cumberlands.
Funeral services will be Friday, December 16, 2022 at 1:30pm, at Calvary Baptist Church, Frankfort, KY. Burial will follow in Frankfort Cemetery with military honors. Visitation will be Thursday from 5 until 7pm at Clark Legacy Center, Versailles Road, Frankfort.