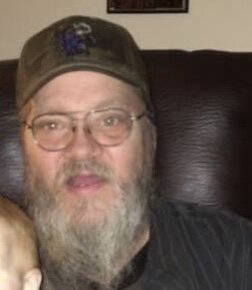 Kenneth (Kenny) Hayward Yeary, 63, passed away peacefully in his sleep on Tuesday, August 17, 2022, at his home in Frankfort, KY.  He is survived by his daughter Erika Parker, son-in-law, Bobby and his son, Tyler Yeary, five grandchildren, Elijah, Marisa, Lincoln, Rayland, Greyson and Bo.  He is also survived by his father, Hayward Yeary, his brother Keith Yeary, and his sisters, Dana Yeary and Michelle Dennison.  He was preceded in death by his mother, Pat Yeary and his sister, Mary Stevens.

Kenny was born July 13, 1959, in Shelbyville, KY.  He was a graduate of Campbell County High School in Alexandria, KY.  He was also a proud veteran of the United States Navy.  He always believed that to serve his country demonstrated a patriotism that many did not understand.  He often talked of the foreign ports he visited and reminisced of his time in the Navy.

Kenny was a devout Christian who felt that his faith brought him through everything he ever experienced during his life. One of his favorite verses states “Therefore if any may be in Christ, he is a new creature: old things are passed away, behold, all things are becoming new.” (2 Corinthians 5:17) KJV. He often stated that he believed in God not because his parents told him, not because the church told him, but because he had personally experienced God’s grace and mercy.

A private Celebration of Life service will be held on a date to be determined, with his father, Reverend Hayward Yeary officiating.

In lieu of flowers we ask that you donate to Visually Impaired Preschool Services which help his grandson Rayland.