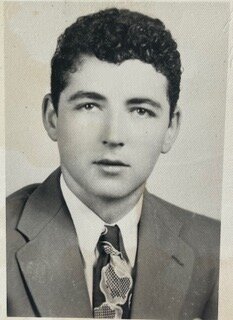 Billy Gene Francis, 85, of Lexington, Kentucky, passed away June 22, 2022. Bill is survived by his wife, Linda, daughters Vicki Flanery (David) and Wendy Foley (Greg), son Tim (Cheryl Irwin) and grandsons Taylor Foley (Kendall), Luke Francis, Eli Francis and Sam Foley. Bill was a son, a husband, father, grandfather, and a creative. His early childhood was difficult, but he turned that difficulty into a lifelong dedication to family. He was a husband that stood by his partner through thick and thin. They had many great times, and he has made sure that Linda is well cared for even in his passing. His dedication to family was also demonstrated by the fact that he was always there when you truly needed him to be. Due to his many responsibilities, he may not have made it to every recital, play, school function or ball game; however, you knew that if things went south, he would be there in a flash; with whatever was needed. Bill’s family was his glue that helped him make sense of his life. Bill grew up mostly in southern Ohio. He would spend many an hour by the Ohio River wondering where that mighty river could take him. It did carry him to a life that gave him a family, a career, and a sense of going and doing. Bill was raised primarily by his Aunt and Uncle. His Uncle taught him the skills of a mechanical mind set. He would turn those skills into a life of tinkering, repairing and inventing things that he needed or wanted but could not afford, while raising three kids. Family always came first with Bill. Bill was always an incessant organizer and budget planner. He had to be that, and his own mechanic, carpenter, plumber, electrician, roofer and many more just to make ends meet. He did anything to stretch a dollar. One of his many colorful sayings was “We’ve done so much for so long with so little, we can do practically anything with nothing.” That was Bill. Bill’s creative mind was always filled with dreams of things that could be. However, the distractions of life and his sense of dedication to his family would always be top priority, not always allowing him to pursue his many prescient ideas. He was however able to use his skills to advance his career up through the ranks of IBM. He loved good food, holiday family get-togethers, fast cars, big boats and always a good card game of euchre. He especially liked the holiday and family get-togethers. He will be missed by many. Billy Gene, Bill, Honey, Dad, Pappy, Rest well…. Good Job! A celebration of Bill’s life will be held October 15, 2022, at 6:00 p.m. at Tim and Cheryl’s home.