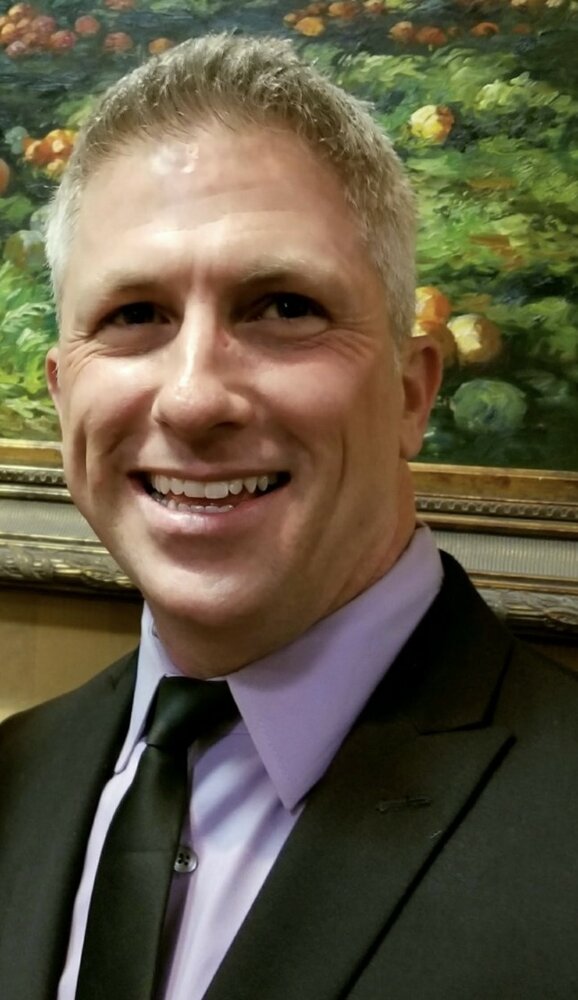 Wayne “Skip”  Keith White, 50, husband of Miki Lynn White, passed away on Thursday, June 30, 2022, in Lexington, KY.  He was born on February 10, 1972 in Washington D.C. to Patricia Hasson.  He was a veteran in the Army National Guard and worked as an I.T. Program Manager for The Department of Veteran Affairs; not to mention his work as a DIY handyman and a Master Mechanic.  Skippy could fix anything!  He was a self taught chef, he put so much heart into the meals he made for his family and he was a one-of-a-kind grilled cheese connoisseur with his “secret ingredient”.  Let’s not forget his part time gig as a homeschool principle - “putting prayers and hugs back in the classroom”, as he would say. Skippy had such a fun loving spirit and found humor in almost anything.  He has left behind, to squabble through his on-going projects and treasures, his two sons, Tanner and Bennett White (Lexington KY), daughter, Scarlett White (Lexington KY), stepson, Grayson Brooks (Little Rock AR) and stepdaughters, Corbinn Stricklin (Springdale AR) and Myla Brooks (Little Rock AR). He measured his success by his family and friends and the relationships he made along the way - he never knew a stranger.  He relished in his role as “Papaw” and “Skippies” to grandsons Ryker White and Pace Stricklin in hopes that he taught them a little something about living life to the fullest.  Left with decades of fond and colorful memories is his sister,  Michelle “Mickie” White (Vidalia GA).  He was loved and will be remembered by a host of other family and friends.  Skippy was so strong, in every meaning of the word, and he exuded confidence. If he didn’t know something, he would make it his goal to figure it out, no matter the challenge.  He was a man of integrity, service, and honor. He loved hard and would quite literally do anything for anybody, and would make adventures out of pulling as many cars out of the ditch as possible. The scripture Mark 12:31 “you must love your neighbor as yourself” was one he lived by.  Skippy loved Jehovah with his entirety and was an active member in the Kingdom Hall of Jehovah’s Witnesses. Every chance he had, he would witness and speak of the truth to anyone who would listen.  He also had a love for country music, “not the bro country”, as he called it, but the feel-it-deep-down-in-your-soul old school “Real” country music. He couldn’t shy away from a good Drake White, Cody Johnson, or Garth Brooks sing-a-long and would belt it out in the shower, in his truck or wherever he was in that moment. He and his dog Molly were practically inseparable - you could catch them along with family or friends most weekends at the Arboretum, Red River Gorge, Rock Bridge Arch, Reelfoot Lake in Tiptonville TN or Backwoods Country Camping in Daniel Boones National Forest (just to name a few). He would call them “trips to the playground” or “going missing”. Skippy’s good nature and spirit will be deeply missed. He offered encouragement and optimism daily with one of his most famous mantras being “That’s a good problem to have”. Skippy was an outside of the box thinker and steered away from most traditional lifestyles, and in respect to this, a service in recognition of his life will be held at “The Barn”, located at 2401 Snow Lane, Alexander Arkansas 72002, July 30th from 4-6pm.

As Skippy would always say, “No rush, No hurry, No stress, No worry”. Skippy, we all love you so much and look forward to the day we see your sweet smiling face again! See you soon!