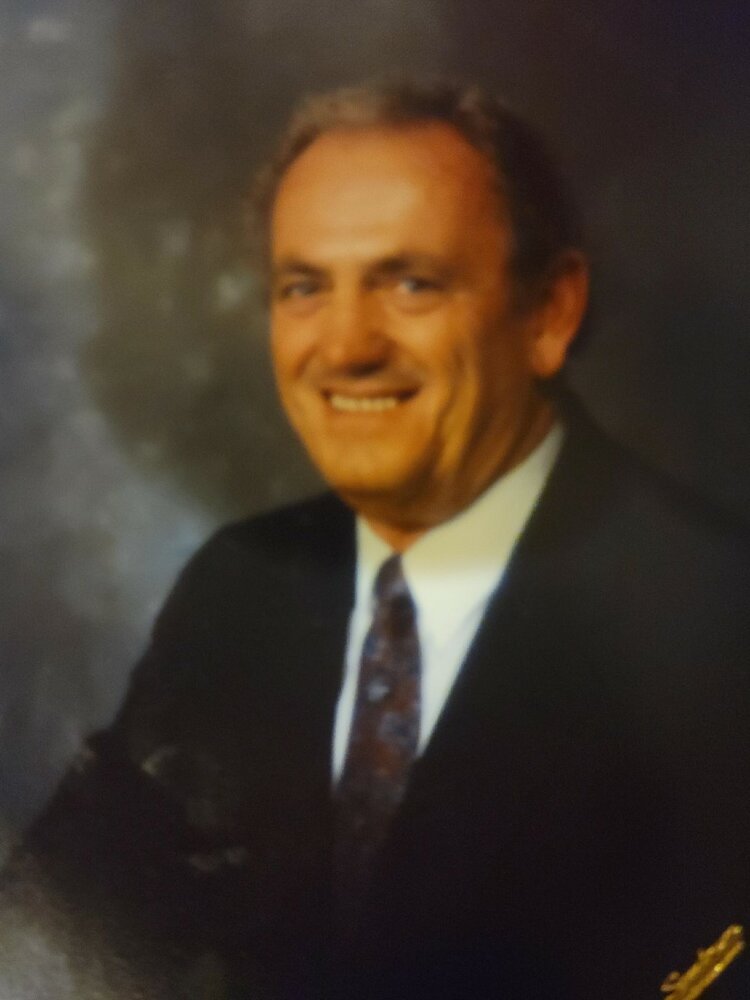 Harry Reese Kirk, Jr., passed away on June 1, 2020 in Versailles, KY.   Born April 14, 1933 to Harry Reese Kirk Sr. and Grace Kirk in Montgomery County Kentucky.  His parents raised  him along with his 4 other siblings, Lena Wood, Joe, “Button” and Gene.   His older sister, Lena Wood Kirk decided to name him “Pete” and it stuck, so to all his family and friends he was known as Pete Kirk.  He attended the University of Kentucky on a College Football Scholarship from 1951-1955. He was named the co-captain of the 1954 Football Team.  In 1952, his Kentucky Wildcats football team competed and won the Cotton Bowl Championship under the leadership of Coach Bear Bryant.  Pete is an Army Veteran, he was drafted right after college during the Korean War.   In Winchester, Ky, Pete married Ruth Gonyer in 1958 in which they  raised a family with 5 children, Kathy, John, Jeanne, Danny and Angela.  They attended St. Joseph Catholic Church.  He worked as a partner in the Gonyer Supply Company (Winchester, KY) and as an employee of the Clark County School Board (Winchester, KY). Ruth Kirk the mother of his 5 kids passed away in 1993.  Pete remarried to Nannette Proffitt in 1997.  They moved to Brandenton, FL where Pete semi-retired working at his community golf course, River Isles Golf Club. Pete was an avid father and golfer.  He was proceeded in death by his two wifes, Ruth Gonyer Kirk and Nanetta Kirk, and his daughter Anna Katherine Grupe and grandson Zachary Reese Kirk.  He is survived by Son-In-Law Dale Grupe (Anna Katherine), John Kirk and Richard Langston of Durham North Carolina, Jeanne and Michael Anderson of Sunset Texas, Danny and Sherry Kirk of Versailles Kentucky and Angela Kirk of Boerne Texas.  Papa Pete had 10 grandchildren, Taylor Doty, Spencer Doty, Erin Grupe, Lucy Kirk, Ryan Grupe, Luke Grupe, Ruthie Kirk, Reese Smith and Abby Smith and numerous great grandchildren.

A Memorial Service will be held Wednesday, June 8, 2022 at 6:00pm at Clark Funeral Home in Versailles. Visitation will be from 4:00pm until time of service.

To send flowers to the family or plant a tree in memory of Harry Kirk, please visit Tribute Store
Wednesday
8
June