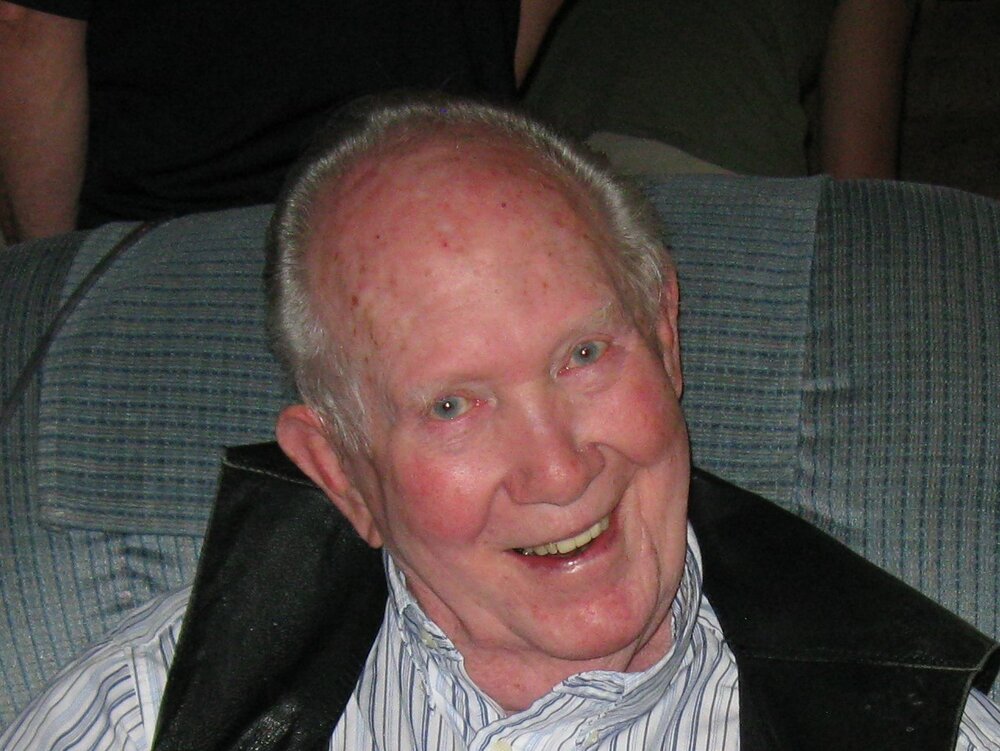 James Everett Calvert, 91, was born to James A. E, and Willie Calvert in a log cabin in Franklin County, Kentucky on August 29, 1930. His Lord and Savior Jesus Christ called him to his heavenly home on May 20, 2022.

He spent his youth in Kentucky but enlisted in the United States Air Force not long after graduating from high school. He was stationed in Enid, Oklahoma, where he met the love of his life, Henrietta “Sue” Martens in 1949. After leaving the United States Air Force, he returned to Frankfort Kentucky. Sue followed him and the dynamic duo were married Dec. 3, 1949. By the mid 1950’s James had secured a job in Enid. The pair made their home in Enid for the next 32 years where they raised three children. After retirement in 1988, the couple moved to Tyler, Texas, where they enjoyed life in the community and a local church. After the death of Sue, James moved to Colorado where he lived for over three years before moving back to his original home state, Kentucky.

James loved to sing and play the guitar. He sang with such heart that people often cried from the emotion he drew out of them. Playing baseball was his sport from youth. By the age of 40, he had become a softball umpire, and he continued that hobby past his retirement. Most of his employed time in Enid was as data processing supervisor at Vance Air Force base. His charismatic personality was one of ease and delight. Those who were in his charge saw him as family. One of his favorite sayings from a plaque on his office wall was, “There they go, I must hasten after them, For, I am their leader.”

James was preceded in death by: his wife Henrietta Calvert; his parents James A. E and Willie Calvert; a brother Charles Calvert; and a sister Jennie Wallace. He is survived by his three children; Charles Calvert of Edmond, OK, Jacquelyn Colburn of Monument, CO, and Jerrilyn Calvert of Menifee, CA; a brother and his wife, Alvin and Schearl Calvert of Frankfort, KY; seven grandchildren; 13 great grandchildren; several nieces, nephews, great nieces, and great nephews.

To send flowers to the family or plant a tree in memory of James Calvert, please visit Tribute Store