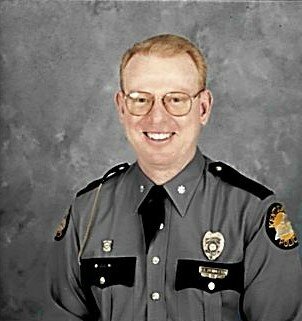 Don joined the Kentucky State Police in 1974 after graduating from the KSP Academy as a Trooper. After promoting his way up through the ranks and serving in many various capacities, he retired in 2001 as Lt. Colonel. He later joined the Department of Criminal Justice Training and retired in 2014 as Deputy Commissioner.

Don graduated with distinction from Eastern Kentucky University in Richmond, earning an Associate Degree in Police Administration. He also graduated as a Dean’s Scholar from the Southern Police Institute at the University of Louisville.

Visitation and service will be held on Thursday, May 12, 2022 at Clark Legacy Center, Versailles Road, Frankfort, Kentucky. Visitation will be held from 9:00AM-11:00AM with services immediately following at 11:00AM. Officiating at the service will be former KSP Lt. Col. Leslie Gannon and former DOCJT Commissioner John Bizzack. Burial will follow at Frankfort Cemetery.

In lieu of flowers, memorial contributions may be made to Trooper Island or Kentucky Law Enforcement Memorial Foundation.

Get Directions
Thursday
12
May

Get Directions
Thursday
12
May