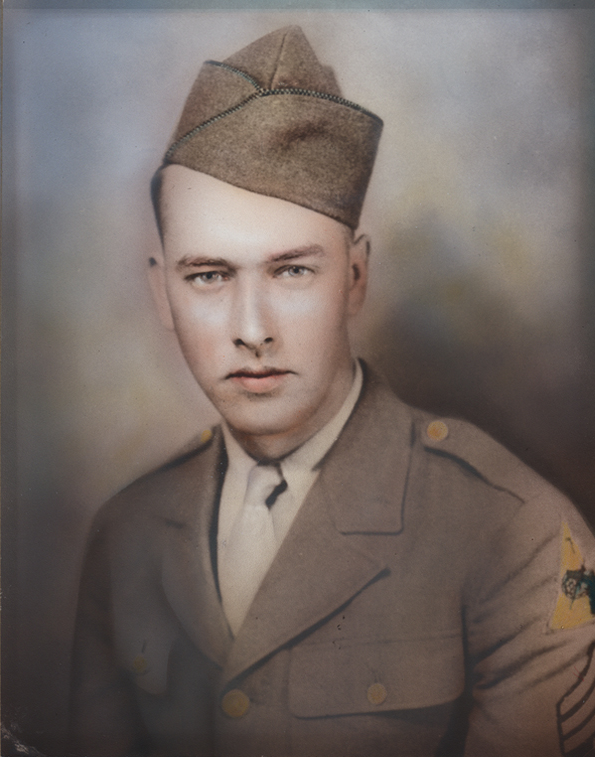 Rondall Larue Childers was born in Richardson, Kentucky in 1920. He passed away May 5, 2022. Rondall is survived by his daughter, Ronna Dean Childers Fisher, his son-in-law, Duane Leonard Fisher, his brother-in-law Walter MacDonald Preston, his  grandsons, Matthew Walter Stephenson, Andrew Michael Stephenson, and his grandchildren, Charlotte Stephenson and Elliot Stephenson.

Rondall served his country bravely in World War II. He served in the 7th Armored Division, 40th Tank Battalion, Company A 129th Ordnance Maintenance Battalion. He fought in battles and campaigns across Europe in Northern France, Rhineland, Ardennes-Alsace and Central Europe. He was in the Battle of the
Bulge. The 129th was always in the forefront of battles because they kept artillery, tanks, and equipment working and advancing, while also fighting/repelling the enemy. They performed under fire and while engaging the enemy. The stated goal of the 129th was "to destroy the German army."

He and his family lived in Eastern Kentucky and Southern Illinois. Upon his retirement from the Inland Steel Company in 1984, Rondall and his wife Jewell made their home in Lexington, Ky. He was a wonderful husband, father and grandfather. He is remembered with great love by his family and friends.