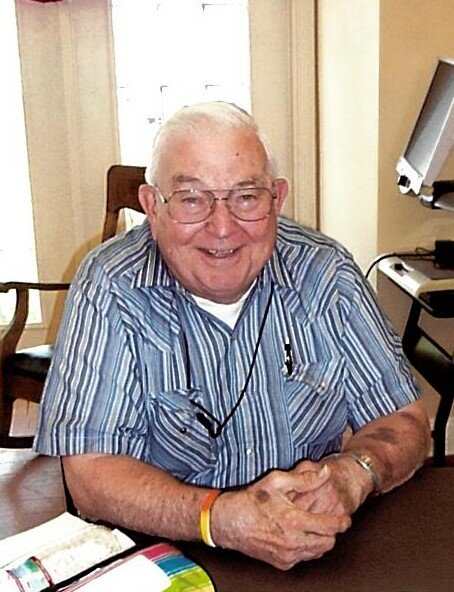 Bill D.Cofer, 83, husband of Nancy Cofer, passed away Saturday, April 30, 2022. He was born in Chattanooga, Tennessee on February 6, 1939 to the late William A. and Jean Wilburn Cofer. Mr. Cofer worked at Rand McNally. In addition to his wife, he is survived by his daughters, Diane DeAtley (Robert Spears), Lawrenceburg, and Debbie (Don) Strickland, NC; sons, Donny Cofer, TN, and Denny Cofer, Versailles; sister-in-law, Jane Cofer, AL; and numerous grandchildren and great-grandchildren. In addition to his parents, he was preceded in death by his sons, David Cofer and Carl DeAtley; sister, Shelia Hunter; and brother, Talmadge Cofer.

A Memorial Service will be held at 1:00 PM on Wednesday May 4, 2022 at Clark Funeral Home, Rose Hill with Brother Frankie Layne officiating. Visitation will be from 12:00 PM until the time of service. In lieu of flowers, memorial contributions may be made to the Woodford Humane Society.

To send flowers to the family or plant a tree in memory of Bill Cofer, please visit Tribute Store
Wednesday
4
May