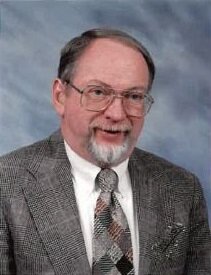 Dr. Ivan Lee Zabilka, author, scholar, and teacher, died peacefully at Wesley Village in Wilmore, Kentucky. He joined his Lord and Savior on Monday April 4, 2022, and was 82 years old.

Dr. Zabilka was born on August 14, 1939 in Oskaloosa, Iowa, to parents John Harvey Zabilka and Marion Pooley Zabilka. Descending from Bohemian immigrants that came to the United States in 1870, he spent his childhood in Iowa and came to Wilmore, Kentucky in 1957 to attend Asbury College (now Asbury University).

Born with an amazing intellect and an insatiable curiosity, he earned a Bachelor of Arts degree in Mathematics from Asbury College in 1961, followed by a Masters of Divinity from Asbury Theological Seminary in 1965, and a Masters of Theology from Asbury Theological Seminary in 1968. He began his professional career as a professor of mathematics at Asbury College while also earning a Kentucky teaching certificate, and shifted to university administration in 1968 when he became the Registrar and Director of Admissions at Asbury College. He served in this role until 1972 when he became Registrar at Asbury Theological Seminary. He earned a third Masters degree in History from the University of Kentucky in 1976, and finished his education with a doctorate in the History of Science from the University of Kentucky in 1980. Following completion of his doctorate, he served as Assistant Registrar at the University of Missouri during the 1980s. He left university administration in 1989 and returned to the classroom, teaching history and mathematics at Bryan Station Middle School in Lexington, Kentucky until he retired. He later served as a consultant to the Kentucky Department of Education for three years, which he viewed as the most rewarding phase of his professional career. He retired for the final time in 2006 after teaching for two years at the Lexington Christian Academy. He authored works on early geological surveys of Kentucky, mathematical systems used by ancient civilizations, the debate between creationism and evolution, the theological implications of life on other planets, and the economic and social impacts of gambling and lotteries. He was fascinated by the history of technology and spent a lifetime exploring, studying, and learning. Railroads were a favorite topic, and he passed his love of trains on to his children and grandchildren.

Dr. Zabilka was blessed with two families that love him very much. He married his wife Carol Lindsay Zabilka in May 1992 and they have been joyfully living in Wilmore, Kentucky for the past thirty years. He is survived by Carol and her children Tedrin Lindsay, Timothy Lindsay and his wife Brenda, and Linda Lindsay Silva and her husband Brian; grandchildren Adam Lindsay, Noah Lindsay, Micah Lindsay, Sara Lindsay, Grace Lindsay, Colin Silva, and Lindsay Silva.

Dr. Zabilka met his first wife Virginia S. Marcus while they were students at Asbury College, and they were married in June 1962 in Lansing, Michigan. Together they entered the mission field in 1965, teaching school in Medellín, Colombia until the birth of their son Eric Zabilka in September, 1966. After returning to Wilmore, Kentucky, their daughter Laura Zabilka was born in April, 1969. They were divorced in 1990 after twenty-eight years of marriage, and he is survived by his first wife Virginia Marcus; son Eric Zabilka and his wife Kelly, daughter Laura Zabilka Houp and her husband Wesley; grandchildren Nicholas Zabilka, Kimberlee Zabilka Hayes and her husband Brajaan, Chloe Houp, Henry Houp; and great grandchildren Cosley Hayes and Rowan Hayes.

To send flowers to the family or plant a tree in memory of Dr. Ivan Zabilka, please visit Tribute Store
Thursday
14
April