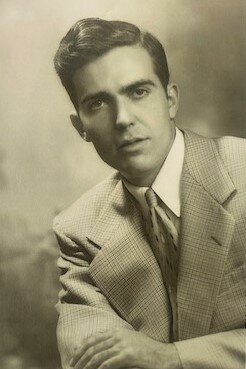 Marvin, known affectionately as Russ, was born in Frankfort, Kentucky on November 9, 1927, one of six children of the late Lorenzo B. and Pearl Barker Smith.

Smith was also predeceased by his oldest son, Kenneth B., his three sisters Mary Raiser, Thelma Devers, and Florence Dykes; and his two brothers Floyd Smith and Clarence Smith.

Smith served his country with the United States Marine Corps during World War II in the battles at Tarawa, Gilbert Islands, Saipan, Marianas, Okinawa, Ryukyu Islands, and the occupation of Japan.  He was awarded the Purple Heart in July 1944 for wounds suffered in action on Saipan.

He retired from the United States Postal Service after 30 years.  He was a 70-year Mason at Hiram Lodge #4, a Kentucky Colonel, and a life member of VFW Post 4075.

Arrangements are under the direction of Clark Legacy Center.  A joint interment will take place at 10:00am on Wednesday, March 9, 2022 with military honors at Camp Nelson National Cemetery in Jessamine County.  An informal celebration of life for Mr. and Mrs. Smith will be held at a later date.

Russ’ family greatly appreciates the extensive and loving care given to him by all the staff and volunteers of Thomson-Hood Veterans Center.  Their devotion and personal kindness to all of our veterans is evident in everything they do, and the Smith family will be forever grateful.  The family also appreciates the end of life care provided to him by the Lexington VA Hospital 5th floor staff and Hospice nurses.

In lieu of flowers, expressions of sympathy may be sent to Thomson-Hood Veterans Center, 100 Veterans Drive, Wilmore, Kentucky 40390.