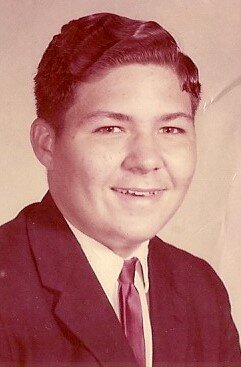 Robert Kenneth Carstens, passed away on Wednesday, February 23, 2022, at the age of 71. He was born on February 5, 1951, in New Orleans to the late Frederick A. Carstens, Sr and Lucille Kreiger Carstens. Robert resided in Metairie, La. for many years before moving to and becoming a current resident of Lexington, Kentucky. Robert was a graduate of the University of New Orleans and was employed by the United States Postal Service until he retired. After retirement, Robert moved to Lexington Kentucky to fulfill a dream of working at Keenland Racecourse. Robert was a kind and generous man who touched the lives of everyone he met .Robert is the brother to the late Carolyn Carstens Cyrus (husband Joeseph) and is survived by his brother Frederick A Carstens, Jr. (wife Carole Shaw). Robert is also survived by nieces and nephews including Kerry Cyrus (wife Shelly and children Marissa, Brayden, and Claire), Lori Cyrus Majeau (husband Michael and children Shelby and Sean), Karen Carstens (deceased), Kevin Carstens (daughter Kayla), Kelli Carstens. and Scott Carstens (wife Tricia and son Ashton).  Many thanks to Ms Donna Grant for the support and caring help she provided Robert during this difficult time.

To send flowers to the family or plant a tree in memory of Robert Carstens, please visit Tribute Store