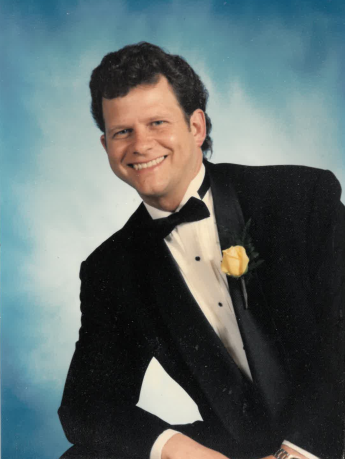 William "Bill" Earl Spicer, 66, husband of Suzanne Spicer, passed away at home on February 3, 2022 in Lexington after a short battle with lung cancer. Bill was born in Logan, West Virginia on July 13, 1955 to Margaret Spicer and the late Jerry Spicer. Bill graduated from West Virginia University in 1977 and from University of Kentucky College of Law in 1980. Bill worked for the Kentucky Department of Public Advocacy for 23 years, retiring in 2003 to begin a second career as stay at home Dad. Bill had a passion for civil liberties and making everyone laugh. He was an expert storyteller and novice comedian. He also loved bike riding, cooking, college football, and spending time with those he loved.

In addition to his father, Bill was preceded in death by his sister, Susan Elizabeth Spicer.

A celebration of life service will be held at 2pm, Tuesday, February 15, 2022 at Clark Legacy Center in Brannon Crossing, Nicholasville. A gathering of friends and family will immediately follow from 3pm till 5pm.

A livestreaming of the service can be found day of on Clark Legacy Center's facebook page: https://www.facebook.com/ClarkLegacyCenter/

Memorial contributions may be made in honor of Bill to the Bluegrass Care Navigators or the American Civil Liberties Union.