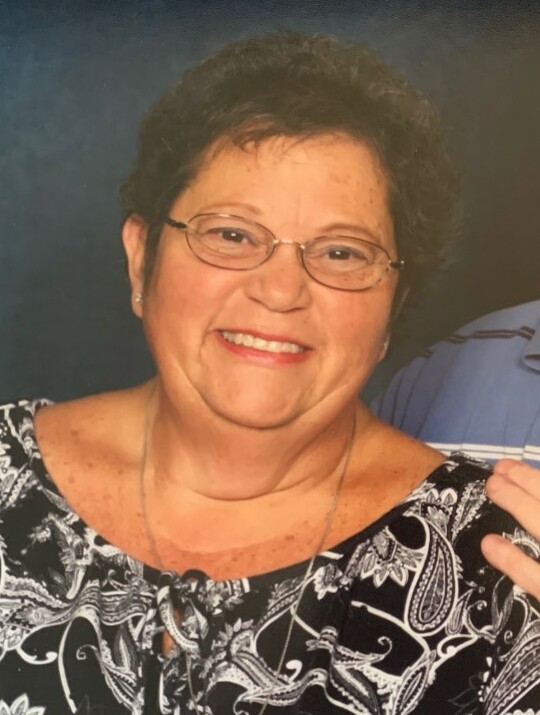 Ranelle Rosenstein Mackey (70) passed away peacefully in her home on November 20, 2021, encircled by family, friends and the many angels awaiting her “Well, hello there.”

Spring bloomed and so did Ranelle on May 7th, 1951. She was the first child of Jeannette Bilsky Rosenstein and Sam G. Rosenstein. The family would welcome her brother, Mike, just three years later. Ranelle graduated from Franklin County High School followed by a year at Eastern Kentucky University. Thirty-six years later she retired from the Kentucky Department of Transportation in full-on Ranelle style! Unforgettable!

Ranelle cherished her time as a mother to her daughters, Jenifer and Heather. An avid golfer, Ranelle passed on the love of the sport to her daughters who excelled as golfers throughout their high school years. Ranelle never slowed down. She was an active member of the Frankfort Optimist Club, Bluegrass Theater Guild (Treasurer), National Federation of the Blind of Kentucky (Secretary), American Red Cross, and the Central Kentucky Riders (Motorcycle Club). Yes, Ranelle was a “biker chick.” No one could miss that big trike with her bigger smile driving it!

Ranelle’s most joyous years were those welcoming her grandsons, Jordan and Jacob, granddaughter Caroline, along with many great nieces and nephews, into this world and her amazing backyard pool. Lake time, anytime actually, with her brother Mike and sister-in-law, Hollis, were, let’s say, memorable! Then, George Stokes entered her life enriching it more with his wit, kindness, brilliance, blindness and family. With George, her life was complete. Together, they made a lasting impact on their friends, family, community and church.

Ranelle was known for her deviled eggs and Noodle Kugle. She collected lighthouses, shot glasses and magnets. She never met a puzzle she could not solve or a blanket she could not crochet. Future generations will treasure the beauty and warmth of her crocheting skills. A party- birthday, graduation, holiday, or any day- Ranelle was all in. “Just let me know when, where and what I can bring.” Ranelle was a “Will Attend” along with her big smile, rhinestone-studded glasses, hugs, and her unforgettable lullabylike “Bye, Bye,” as she left.

Ranelle was raised in the Jewish faith. In mid-life she joined Mike and Hollis as an active member of Bridgeport Christian Church. To Ranelle, this was not a deviation from her faith. It was an extension of her faith. She was a member of the Bridgeport choir for many years later transitioning to the sound/recording booth with George. Mike on lights. Hollis on the piano/organ. Ranelle and George on sound. LIGHTS! CAMERA! ACTION!

Today, Ranelle did not back that Trike up. With full-on lights and sound, she high-geared it through those heavenly gates- music playing, glasses on, a joyous smile and Mimosa in hand- saying “Where’s the Party!” Welcome Home, Ranelle. Welcome Home.

To send flowers to the family or plant a tree in memory of Ranelle Mackey, please visit Tribute Store
Saturday
27
November