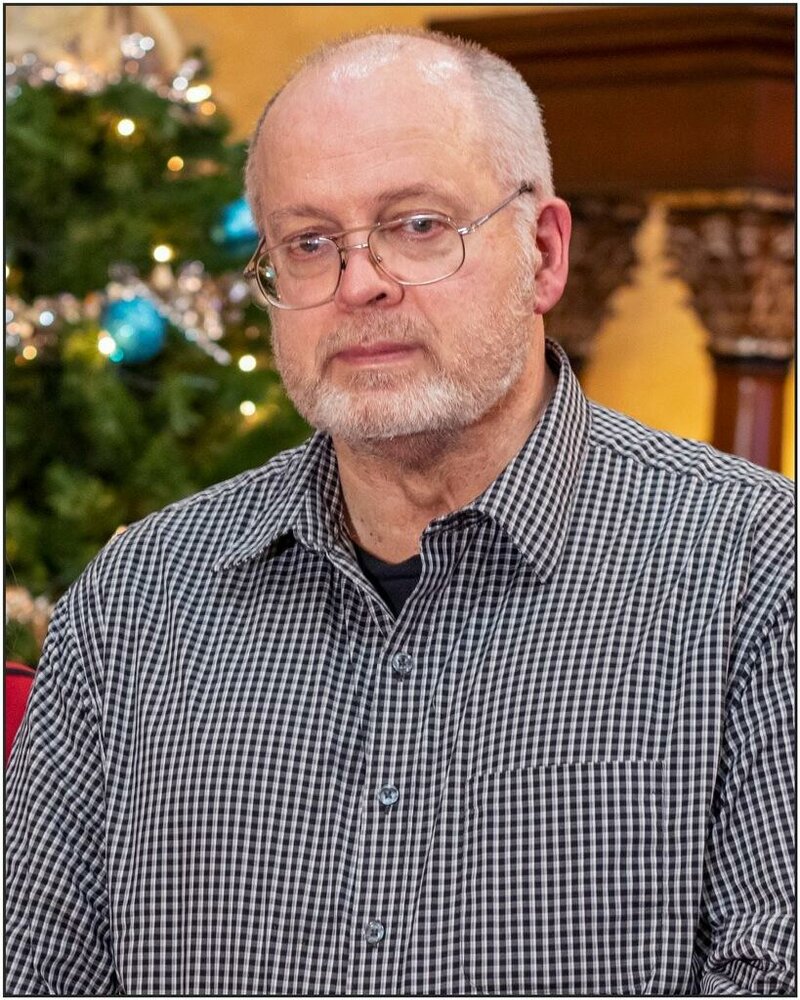 ROYALTY, Dale Edward, age 67, made his way to Heaven on November 16, 2021 after a long battle with Parkinson’s disease.  Preceded in death by his parents, Edward Royalty and Isabelle Hurst of Lawrenceburg, KY, and his sister, Joan Stewart. Dale is survived by his wife, Cindy Coyle, two sons Samuel Dale (Allison Sykes) of Springfield, TN, and Thomas Layton (Jande Jackson) of Lewisburg, TN; three granddaughters, Eliza Anne, Hattie Grace and Opal Cate; his sister Barbara Pennington, and several nieces and nephews.

Dale graduated from Anderson County High School May 12, 1972 and received his art degree from Central Academy of Commercial Art in Cincinnati, OH.  He began his art career as a graphic designer at the University of Kentucky  Graphic Art Department which was located in the R.C. Mathews Building where he met his wife, Cindy, who worked in the Placement Service upstairs.  At God’s calling Dale moved to Nashville and began his career at LifeWay Christian Resources (f/k/a The Baptist Sunday School Board) in 1978.  He spent 33+ years at LifeWay.  Upon his retirement from LifeWay Dale and Cindy returned home to Kentucky.

Dale and Cindy were members of Tulip Grove Baptist Church in Hermitage, Tennessee where Dale actively served with R.A.s and the youth of Tulip Grove including his involvement in the formation and leadership of a youth gym ministry which included both basketball and volleyball.  He led numerous caving expeditions and camping outings. Dale made a positive impact on the lives of the young men and women who participated in these events.  Most important, and above all else, was his faith in God.

Dale enjoyed ancestry research, target shooting, photography, camping, hiking, and being in the outdoors.  He loved God, his wife, sons and grandchildren and was a loving and caring husband, father and “G.Pa”.

The family expresses much gratitude to Bluegrass Hospice, Bluegrass Care Navigators, and the brilliant healthcare workers at the University of Kentucky Hospital.