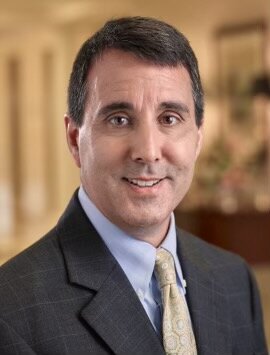 James Dotson Allen, 57, husband of Shelia Duff Allen, passed away Saturday, August 21, 2021. He was born on May 14, 1964, in Prestonsburg, KY to David Allen, and the late Barbara Dotson Allen. Jim graduated from Northern Kentucky University, Salmon P. Chase College of Law with a Juris Doctorate in Law and worked as an attorney for Stoll Keenon Ogden. Among his career highlights is his defense of Kentucky Retirement Systems (KRS) in a collective action claim brought by the EEOC alleging age discrimination in the state’s retirement plan. The case, litigated over 12 years, was heard by the U.S. Supreme Court, which ruled in favor of KRS. Jim has been included in the Best Lawyers in America, Lawyer of the Year for 2016 and 2021.  He also attended Porter Memorial Baptist Church.

A private visitation and memorial service will be held Tuesday at Clark Legacy Center, Brannon Crossing. In lieu of flowers, memorial contributions may be made to Porter Memorial Baptist Church.

To send flowers to the family or plant a tree in memory of James Allen, please visit Tribute Store