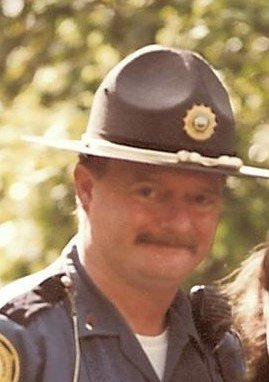 Versailles - Rick C. Mayes, 62, passed away Friday, July 9, 2021. The husband of Felicia Goodrich Mayes, Rick was born September 24, 1958 to Carlton Mayes and the late Nellie Jo Eaves Mayes in Harrodsburg, Kentucky. After graduating from high school, Rick went on to join the US Army. After serving in the Army, Rick began his career in law enforcement with the Harrodsburg Police Department from 1981-1985 when he re-enlisted in the US Army where he served from 1985-1988. He served with the Anderson Police Department for a short time in 1988 until he went to the Woodford County Police Department in 1989 until 2001 when he retired. After retiring, Rick opened the Silver Spoon with his wife in Versailles. After closing in late 2008, he joined the Woodford County Detention Center as a Lieutenant.

Rick was preceded in death by his mother, Nellie Jo Eaves Mayes.

Funeral Service will be held at 10:30am on Friday, July 16, 2021 at Journey Church, Versailles with Ron Wyatt and Rev. Thomas Troth officiating. Burial will follow at Camp Nelson National Cemetery. Serving as casketbearers will be Soapy Sutherland, David Clark, Madison Peach, Daniel Clark, Loren “Squirrel” Carl, Michele Rankin, Gary Carter, and Gary Dawkins. Honorary casketbearers will be Jimmy Sewell, Woodford County Detention Center Staff, the Woodford County Sheriff's Department, the Versailles Police Department and the former Woodford County Police Department. Visitation will be held from 5:00pm until 8:00pm on Thursday, July 15, 2021 at Journey Church. In lieu of flowers, memorial contributions may be made to Shop with a Cop.