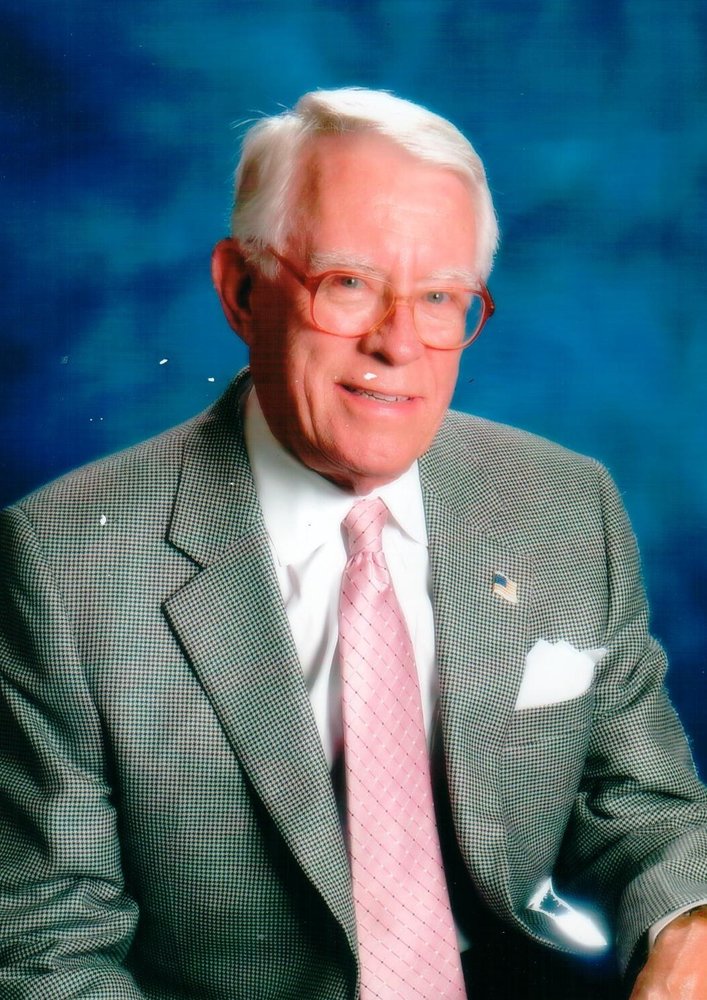 Ben was born on the Farm in Dike, Iowa, one of seven. He was at the Willows in Harrodsburg with his wife Jeannette at his side when he went home to be with the Lord (His Heavenly Father).

He was a devoted father of Heidi Barber and an awesome “OPA” to his three granddaughters, Brook, Kendall and Ellie Barber. He called them everyday.

Sweet man never knew a stranger, he was quick witted and loved all people.

Ben loved starting his day reading Jesus Calling and never layed his head down on a pillow without thanking the Lord for the day.

He was one of the best dressed men in town. His career was men’s clothing and worked for National Shirt Shop. He was the one that started at the bottom and worked himself into Vice President.

Ben loved Southand Christian Church and was at one time an Elder. He enjoyed two Life Groups one in Danville, one in Lexington. Life groups at Southland are groups of people doing Life together, dinner, parties, games, cruises and studying the word together and being there for each other. For over 60 years he belonged to a group called the Christian Sister and Husbands who his first wife Dixie belonged. Jeanette became a part of the group and enjoyed good friendship. He loved the Group.

Arrangements are pending at this time.

To send flowers to the family or plant a tree in memory of Benard Ehmen, please visit Tribute Store

Share Your Memory of
Benard
Upload Your Memory View All Memories
Be the first to upload a memory!
Share A Memory
Send Flowers