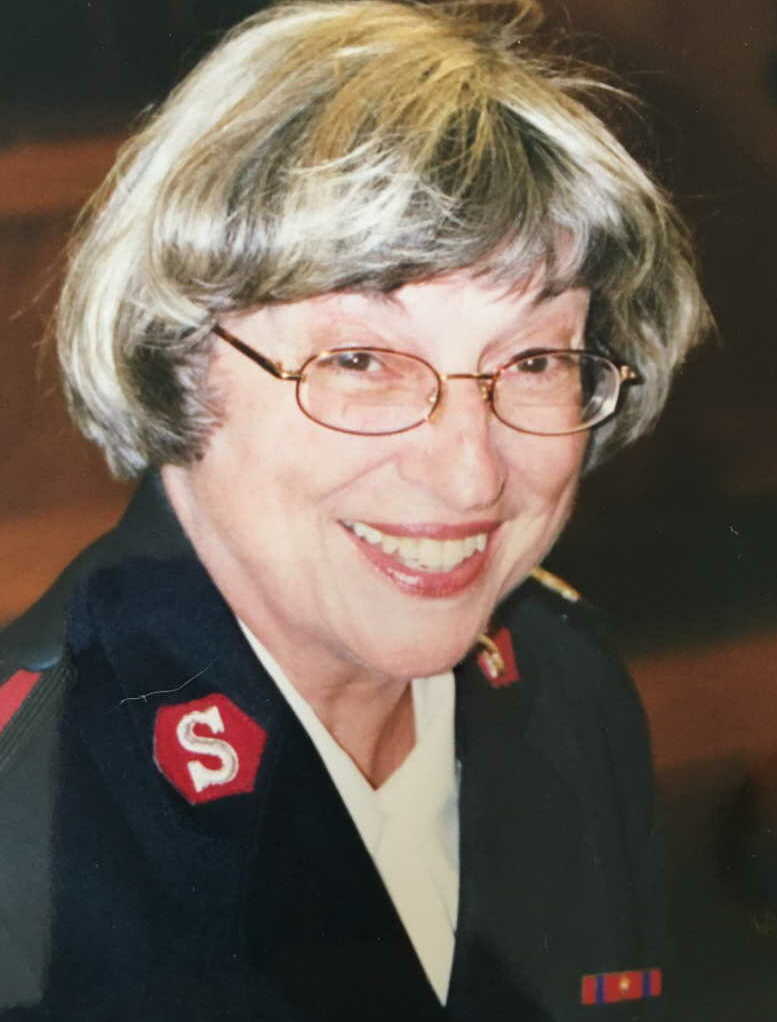 Lexington - Juanita Joyce Cochran Russell, a retired Salvation Army officer who spent a 40-year-career working with the impoverished, died on Oct. 25, 2022. She was 84.

When she retired in 2000, she held the rank of Major in The Salvation Army. Her husband, Maj. Reginald Gordon Russell, died in 1991 at age 55. She never remarried and loved him until her last breath.

Maj. Russell was born in Adamsville, Ga., on April 1, 1938. Her fiery and fun personality seemed to be linked to that day, as she relished sharing that she was “An April Fool’s Day Baby.”  She graduated from Decatur High School in Decatur, Ga., in 1956, and later from Asbury College in Wilmore, Ky., in 1960, with a teaching degree. She married Reginald that same year.
Before entering The Salvation Army, Maj. Russell was an elementary school teacher in Kentucky, teaching first and fourth grade. Throughout her Salvation Army career, her focus was on children’s ministry, which she described as her first love. She was known for her gregarious storytelling skills and vibrant “visual aids” that children used for Sunday School songs. She and her husband served in nine appointments throughout the U.S. Eastern seaboard, including running Camp Allegheny, a camping program for inner-city children in western Pennsylvania. A career highlight was when they oversaw The Salvation Army’s International Youth Congress in 1985, in which 5,000 worldwide youth converged on the campus of Western Illinois University in Macomb, Il. When she retired, Maj. Russell was running The Salvation Army’s Student Fellowship Center on the campus of Asbury College in Wilmore, Ky., in her 10th appointment. She was also a featured instructor and speaker at The Salvation Army’s Brengle Holiness Conference in Chicago, Il., during her last years of active service. Many of her original sermons, writings, and visual aids have inspired other Salvation Army officers to use them over the years. She loved knowing that God was multiplying His word through her offering in that way.

Maj. Russell described herself as “a Georgia peach married to a Vermont Yankee.” She used to laugh that people in the South “think I sound like a Yankee,” while those in the Northeast focused on her Georgian drawl. She enjoyed serving others with Southern hospitality, often treating home visitors to large platters of fried chicken with iced sweet tea and brownies. She was also a skilled pianist who loved accompanying her husband’s tenor solos on Sunday mornings in church. And she was a loyal fan of the Pittsburgh Steelers.
Maj. Russell is survived by two children: Heidi Russell of Lexington, Ky., and Dr. Derek Russell of Hillsboro, Oh.; a daughter-in-law, Linda Russell; three grandchildren: Kenneth Russell, Kara Russell, and Neil Patrick Rafferty; a brother, Dr. Emerson Cochran of Marietta, Ga.; two sisters: Yvonne Moulton of Wilmore, Ky. and Adelia “Possie” Raiford of Asheville, N.C.; a brother-and-sister-in-law, Don and Carol Russell of Clearwater, Fla.; a sister-in-law, Gwendolyn Tillett of Mystic, Ct.; and numerous nieces and nephews.