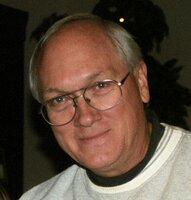 Norman R. Cron, 77 of Lexington, KY, passed away on February 24, 2022. He was preceded in death by his father Howard Cron, mother Opal Amelia (Austin) Cron, and brother Robert Cron.

Norman was a graduate of Otsego High School in Tontogany, OH and afterwards received his bachelor’s degree in business administration from Bowling Green State University. After graduation he worked for Sears, Roebuck & Co. as an auditor and later as controller of the Lexington, KY store. He later became controller of Dawahares clothing stores. In retirement he enjoyed traveling with his partner Cindy.

There will be an open remembrance for Norman at Clark Legacy Center - Brannon Crossing on March 20, 2022 from 1-4. We welcome all who knew him to come share memories with the family. Donations in his memory may be made to the Lexington, KY Catholic Action Center.