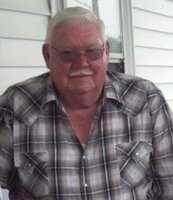 Charles Irvin Bramer, Sr, 84, widower of Rosezellar Bramer, passed away on Monday, January 31, 2022. A native of Frankfort, he was born on April 21, 1937 to the late Charles and Ann Woolums Bramer. He worked as an Electrician for Bendix and was a Veteran of the US Navy.

In addition to his wife of 38 years, he was preceded in death by his daughter, Melinda Dawn Bramer; and his grandson, Matthew Smith.