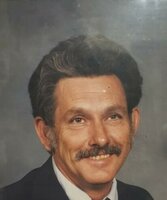 Frankfort - William Clark Gill, 81, husband of Shirley Sams Gill, passed away on Thursday, January 27, 2022. He was born in Scott County on September 5, 1940 to the late Newt and Rose Guinn Gill. He retired from the University of Kentucky Agriculture department, where he worked with cattle. William loved his family and will be missed by everyone that knew him.

In addition to his parents, his was preceded in death by his daughter, Vicky Gill, and 10 siblings.

Funeral service will be held at 1:00pm on Tuesday, February 1, 2022 at Clark Funeral Home, Rose Hill. Burial will follow at Rose Crest Cemetery. Serving as casketbearers will be Nick Mullins, Ryan Smith, Michael Washington, Ryland Fugate, Brandon Huguely, and Daniel Reed. Visitation will be held from 5:00pm until 7:00pm on Monday, January 31, 2022 at Clark Funeral Home, Rose Hill. Online condolences may be expressed at www.ClarkLegacyCenter.com.